Ever since our first meeting back in February 2006, Malta Command Living History Group has always been in constant evolution.

Since the groups’ inception, Malta Command and its members have been through a lot. Since our very first display in Pembroke back in July 2006, we have participated in more than 110 events, both locally and overseas.

Throughout the years we have increased our knowledge and skills in every aspect, from studying the every day life of the Maltese soldier to the type of equipment used, and slowly, we have invested a lot of our hard earned money to purchase or construct hard to find equipment thus enabling us to fully represent in our displays a Maltese soldier from the 1940 -1943 period.

All this could not have happened if it weren’t for each member of the group. Whilst some have left, others have joined, however each member has done something to contribute to the growth and reputation of the group.

Special mention goes to our CO. Colin Micallef who, in 2011, our 5th year anniversary, had the following few words to say to mark our first milestone: 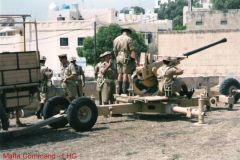 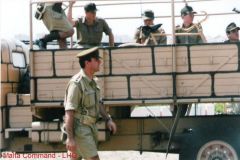 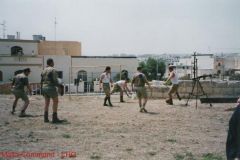 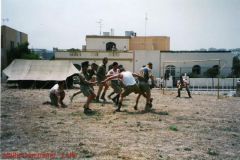 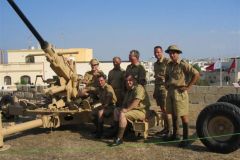 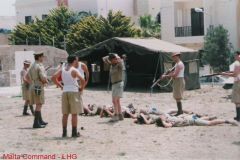 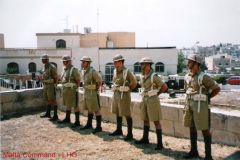 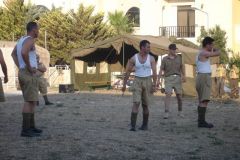 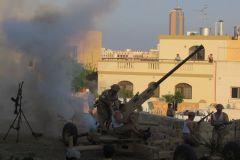 This year Malta Command happens to be celebrating 15 years of historical re-enacting; although the year wasn’t too fulfilling due to the COVID-19 pandemic restrictions, we tried our best to celebrate in the best possible way.
A dinner was held at Rabat (Malta) in memory of our dear friend and one of the founding members Mr. Godwin Hampton. Mr. Neil Hampton, the son of the late Godwin Hampton was also invited as a special guest of honour, sharing with us his father’s compassion towards historical re-enactment.

A small gift of appreciation was presented to the members by the president, who have been part of the group since the day it was formed.

A small token was also given to each an every member of Malta Command as a sign of good camaraderie and to keep the spirit of living history alive for the years to come.

Thank you Colin and Godwin !